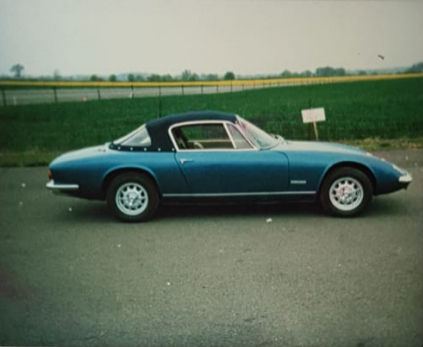 ... but that CTC looks a sleeker roof that the CN version.
(Sorry, I have no better picture)
Someone has attempted to build a Targa

<
A nice conversion spotted at the Lotus 60th celebration in 2008

The much modified front end of the car is much in evidence on these pictures. 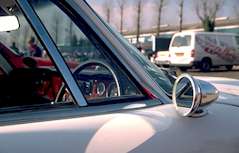 Again, the factory does not seem to have offered a sunroof as an option, but is a frequently encountered aftermarket modification.

If you look at the pictures of the car above you can see the Webasto type roof which virtually opens up the car. Under the fabric cover is a sliding grill.