Owning an Elan is a surprisingly practical proposition

In the UK that is....I can't comment on the practicalities of ownership in Ulaanbaatar , Tierra del Fuego or indeed virtually anywhere else, so why not drop me a line about your experiences!)

Go to any high street insurance broker, mention that you want to insure a Lotus and you get the "low flying aircraft" routine, culminating in a premium quote that will make you weak at the knees. Don't despair. Assuming you are able to garage the car and accept limited mileage / agreed value insurance the insurance premiums are not too bad, although if you have convictions for speeding, etc then you probably need to be rich to even think about it...

Generally most parts for the +2 can be obtained, right up to full bodyshells or replacement chassis, although some items like wheels can be awkward. 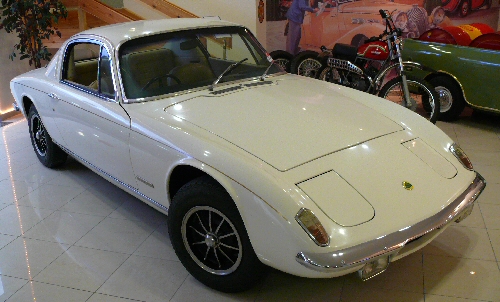 There is a pretty good network of specialist garages across the UK, and I guess elsewhere, who can handle everything up to a full rebuild and re spray, so help is available. The Elan is reasonably old technology, so a lot of it is easier to maintain than modern cars. Of course the other added bonus is that rust is not a problem as it is with most classics, except for the chassis, which is pretty well protected.

The trick to running an Elan +2 is to ensure that it gets regular use, even if its only a quick run around the block at the weekend. If you let the car sit in the garage you will find the handbrake binding on, the clutch sticking etc. As with all old cars you really do need to service regularly and keep an eye out for problems.

Is it a poor man's rocketship?

The way you drive needs to be adjusted. Its a fast 1960's car, not a fast modern car. Brilliant as it, a +2 is not as easy to drive really fast as a modern car, so don't buy one just for the out and out performance. If that's what you really want buy an Elise. An Elan will usually go round a corner faster than you dare, but remember that if you get it wrong a 60s designed car just isn't as strong as a modern car in a crash. One point to watch is ground clearance, as it is very easy to ground the car on speed bumps and you can easily damage the exhaust. You will notice that you are having an impact on other road users' behaviour!Some other road users tend to less tolerant of you in a car like this, or even to behave stupidly, so you do need to watch out for irrational bits of overtaking and the like. I know I can out drive most cars on the road, but over the years I've made it a policy to slow down and wave people by if they are trying to race. They may have got ahead, but I'm still driving the better looking car! Someone once accelerated away from next to me at traffic lights so fast that he lost control and crashed, yet I swear there was no provocation on my part. I never even moved off, as I was looking down at my map and didn't notice the lights had changed. The guy concerned had seen a sports car and just decided he had to burn it off. 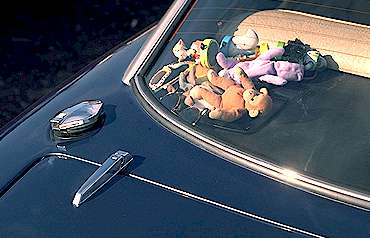 Worth supporting for the annual show alone( Donnington this year), and is a useful source of information about Lotus cars in general. There are also local groups which run events and meetings, at which you can meet other owners. Aspiring owners are usually welcome as well, so its a good place to find out before you buy. Club Lotus is run by former Lotus Sales Director, Graham Arnold. In the past there were any number of Elan owners at Club events, but latterly the balance seems to be moving towards more of the modern cars such as the Elise and Esprit.