Pop up headlights fitted in pods are a distinctive feature of the +2. If operated when the car is a speed the lights pop up with a distinct bang and will probably damage the glass fibre surround if you make a habit of doing this. On the early cars the lift mechanism operates by using vacuum pressure drawn from the manifold to raise the light pods, which otherwise are held flush with the car body by springs. Should this system fail, the headlights disappear back into the body and you are left hurtling down some country road in total darkness. Assuming you survive this initial surprise, generally you can get home by taping or otherwise fixing the lights in the upright position. For later models the system was reversed, giving a failsafe operation. The spring holds the lights up and vacuum pressure is used to hold the lights back into the body when not in use. When the engine is switched off the vacuum cylinder is supposed to be  able to hold the lights down for at least 12 hours. Many systems have leaks, so the lights tend to reappear quite quickly.The downside of retractable lights is that you can't signal without popping the lights up first, which tends to be impractical. On the plus side, with a bit of practice you can get the trick of giving the system "up" then "down" in quick succession, so that only one light momentarily pops up then disappears. This allows the car to "wink", so you can amuse small children in the back of the cars in front when your are stuck in a traffic jam. 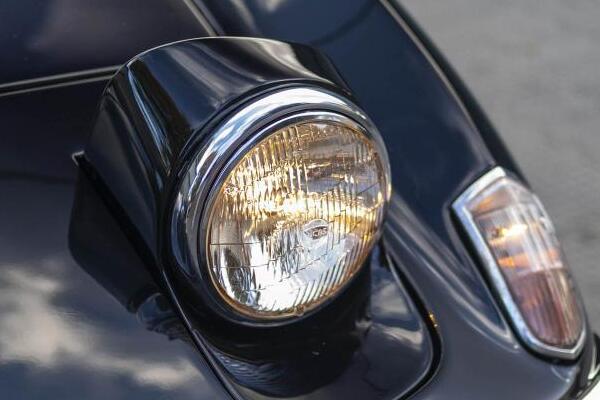 Specially made Lucas units house both the sidelights and indicator lamps, in a die cast metal body with two piece plastic lens. Generally, the indicator lens is amber, although on some cars made for export to Italy or  Switzerland a clear lens was required. 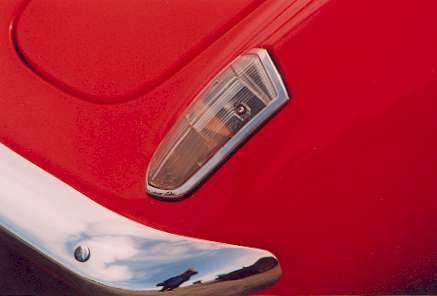 The main lights can be a bit on the weak side, so Lotus seem to have beefedup  the system by hanging sidelights under the nose. For owners of these later cars this presents a dilemma. The lights are down low and sure to be smashed if you don't fit the protective covers. But you have to gtatioet out of the car and remove the covers to use the lights, which can be an irritation. Some would argue that the fog lights ruin the look of the nose, but as they are recessed back into the nose, they are relatively unobtrusive. 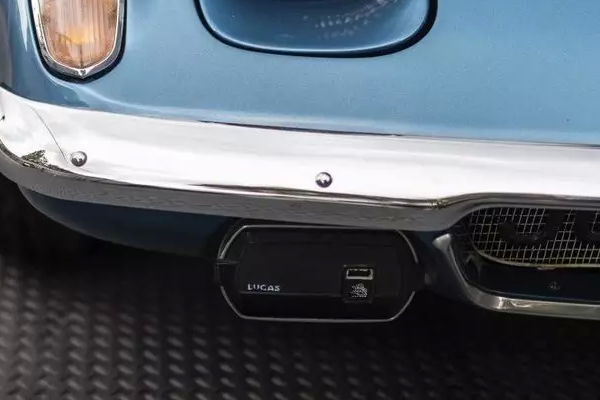 Carello units (Alfa Romeo) were used at first, soon to be replaced by the Lucas sourced Jaguar E Type units. These later units were shared with the Europa (see picture on left) and later versions of the two seat Elan 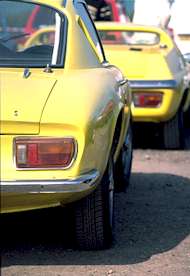 These two little lights are Lucas units originally manufactured for the Wolseley Hornet and Riley Elf.

Early cars had a light above the mirror and two others on the rear pillars.By some trick of their positioning it seems incredibly easy to break the plasticcovers to these rear units and they are virtually impossible to find.Later models had the units moved up above the door where they seem to be lessprone to damage.
The +2S doors were fitted with a warning light whichfaced rearwards and late +2S 130 s have an under door light which illuminatesthe ground as you get out of the car.